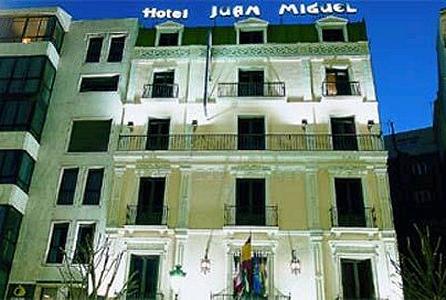 Location
Located right in the heart of the city, the Juan Miguel Hotel Granada is close to all shops, bars and restaurants. The hotel is only 10 to 20 minutes drive from the airport and train station as well as the congress centre is just 500 metres away.

Rooms
All guestrooms at the hotel are spacious, well decorated and comfortably equipped with several modern amenities. Attentive room service is also available for your conveniences.

Restaurant
Set in comfortable surroundings, the hotel has 2 restaurants offering good cuisine as well as extensive buffet breakfast. You can also take a sip of your favourite drink at the onsite bar.