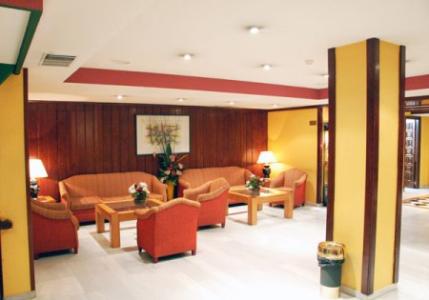 Being just 2 kilometres from the railway station, Aben Humeya Hotel is ideal for those who want everything on their doorstep with great places to eat and shop.

Location
Very well situated in the artistic and commercial centre of Granada, Aben Humeya Hotel is within walking distance of the Cathedral and Royal Chapel and just a few minutes away from Alhambra Palace.

Rooms
Rooms are appointed in the latest style and come with the highest quality materials. The rooms are carpeted throughout and come with fully equipped bathrooms.

Restaurant
The restaurant is spacious with a marble floor and modern furniture with upholstery that matches the beautiful pattern decorating the walls.