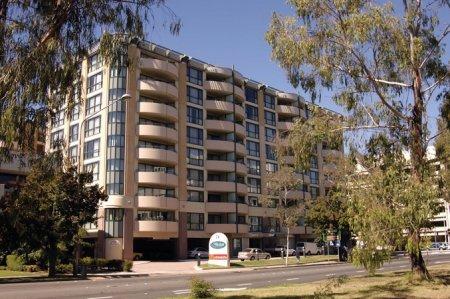 Situated close to the attractions of the city, Medina Executive James Court is a perfect place for your holiday trip.

Location
Ideally located in a prime location of Canberra City, Medina Executive James Court is an apartment hotel that lies approximately 8 kilometres from the domestic and international terminals. The hotel is close to the CBD, retail stores and attractions such as the Australian National University, National Convention Centre, National Art Gallery and the War Memorial.

Rooms
This property features 150 one and two bedroom serviced apartments that are tastefully designed and well-appointed with a host of modern amenities. The accommodation units also come with fully equipped kitchen for guests who enjoy cooking.

Restaurant
Guests can dine at the onsite restaurant and later enjoy a drink at the cocktail bar.

General
During leisure, you can workout at the gymnasium and relax or refresh at the swimming pool or spa or sauna.