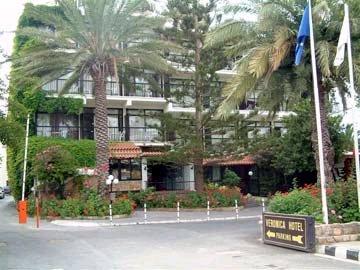 Location
Situated in colourful gardens, with shops and restaurants nearby, Veronica Hotel Paphos is only 20 minutes walk away from the picturesque harbour and castle. The hotel is just 4 kilometres from the city centre and 15 kilometres from Pafos Airport.

Rooms
The hotel offers 104 bedrooms that are comfortably equipped with numerous standard amenities.Restaurant
Start your day with a continental breakfast from the buffet in the restaurant or if you prefer order your English breakfast.General
Cool down in the swimming pool, relax on the sun-beds in the colourful gardens and enjoy sumptuous lunch or a quick snack in the relaxing atmosphere of the poolside snack bar.