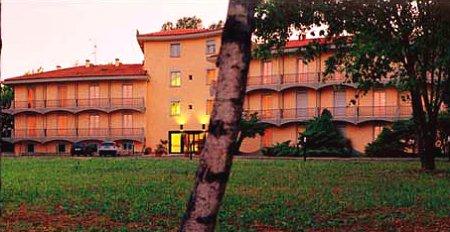 A charming hotel in the city of Bologna, King Rose is located in a very quiet and relaxing area, away from bustle of the city.

Location
Immersed in a picturesque park of 8000 square metres, this property is a few minutes drive from the historic centre of Bologna and 5 kilometres from the Fiera.

Rooms
The property offers comfortable 56 bedrooms with a warm atmosphere and equipped with modern amenities. Attentive room service is also available for your convenience.

Restaurant
The hotel offers a modern breakfast room which serves buffet breakfast for its guests.

General
Ideal for business meetings and conventions, the King Rose Hotel caters for business clients arriving in Bologna who do not wish to sacrifice the tranquillity of the countryside for the mayhem of the city. Provided with ample internal parking, the hotel offers you two multifunctional, air-conditioned rooms, with modular partitions, completely equipped for business meetings.