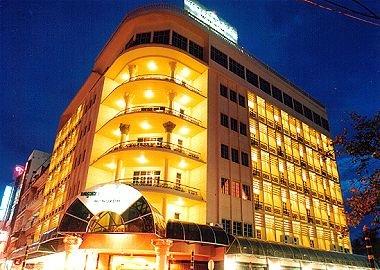 Rooms
Rooms are a mixture of standard and superior and suite.Decorated two tone in white and red. Amenities are include air conditioning,IDD telephone, colour T.V.with satellite channel, in room safe deposit box and minibar. Bathroom offer bathtub or shower and all are small but in good condition.

Restaurant
Hotel has many restaurants. The cuisine served are Asian, Western and Middle East. There is only one hotel in Phnom Penh offer Halal food.