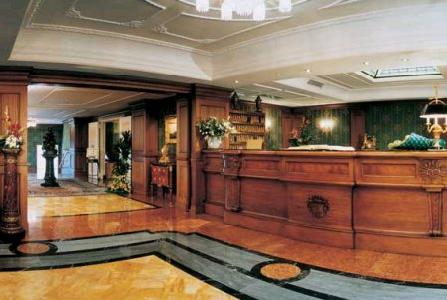 The Carlton Baglioni takes pride in being one of the favourite hotels of refined clientele, which is famous for its class, style and a tradition, which has become Carlton's imperative.

Location
The Carlton Baglioni Hotel is located in heart of Milan's fashion area and just a few steps away from Via Senato as well as Via Della Sipga.

Restaurant
The onsite Baretto Restaurant is a legendary and well-known restaurant in Milan, offering a light Milanese cuisine full of Mediterranean flavour. The cosy ambient of the Caffe Baglioni is an exclusive meeting point for an aperitif with oysters and champagne Dom Perignon Vintage.

General
The hotel offers a conference room, which can seat up to 80 people and 4 break-up rooms that can seat from 8 to 35 people that are well-appointed with all the latest technology, for organising any kind of events. You can also workout in the well-equipped fitness centre and later relax in the spa.