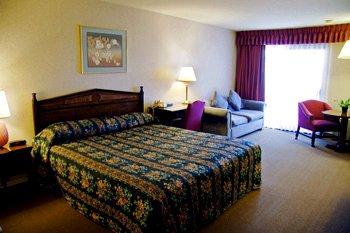 Best Western Redondo Beach Inn is located just a short walk to the beach and only 9 miles south of Los Angeles International Airport. To satisfy your dining and shopping needs, the hotel is adjacent to quaint, Riviera Village featuring over 100 restaurants and specialty stores. The Disneyland, Universal Studios, Knott's Berry Farm and Hollywood are just a short drive away. When it's time to play, famous Redondo Beach is less than a 1/2 mile stroll from the hotel. The resort offers 108 luxurious rooms in a beautiful, resort-like setting. All rooms are well equipped with numerous amenities.
Corporate travellers will appreciate the 24-hour business centre, meeting rooms and large guest rooms featuring a work desk, voice mail and data ports. You can relax in the cosy poolside restaurant or cool down with a frosty drink in our intimate cocktail lounge. For a treat, reserve the two-room spa suite with a Jacuzzi, fireplace and wet bar.