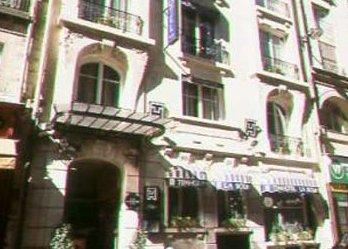 Location
The hotel is centrally located, ten minutes walk from the Opera as well as from the Louvre Museum (or 2 metro stops). This elegant district is very lively and has outstanding shops, refined restaurants and cinemas.

Rooms
Rooms are small in size and in good condition. The decor is modern in style, and rooms and bathrooms are clean and simply furnished.

Restaurant
The breakfast room is situated on the ground floor with decor the same as the lobby and public areas on this floor.

General
This two star hotel is considered a superior tourist class property. Its location is wonderful for guests seeking shopping areas and the Paris tourist attractions.