Days Inn At The Stadium/Downtown (Nashville)

Days Inn At The Stadium/Downtown 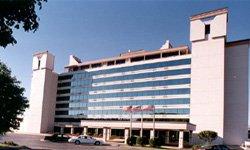 The Days Inn At the Stadium/Downtown has 180 spacious guest rooms and free, easy parking. Conveniently located next to the Tennessee Titans Stadium, and two miles from downtown Nashville City Center. After a long day of sightseeing or work, relax by our heated indoor pool. Please join us for a cocktail and some wonderful country music or karaoke in our King of the Road Lounge in our restaurant open for hot breakfast buffet served daily from 6-10 am. Conveniently located to all of Music City''s major attractions and business parks.